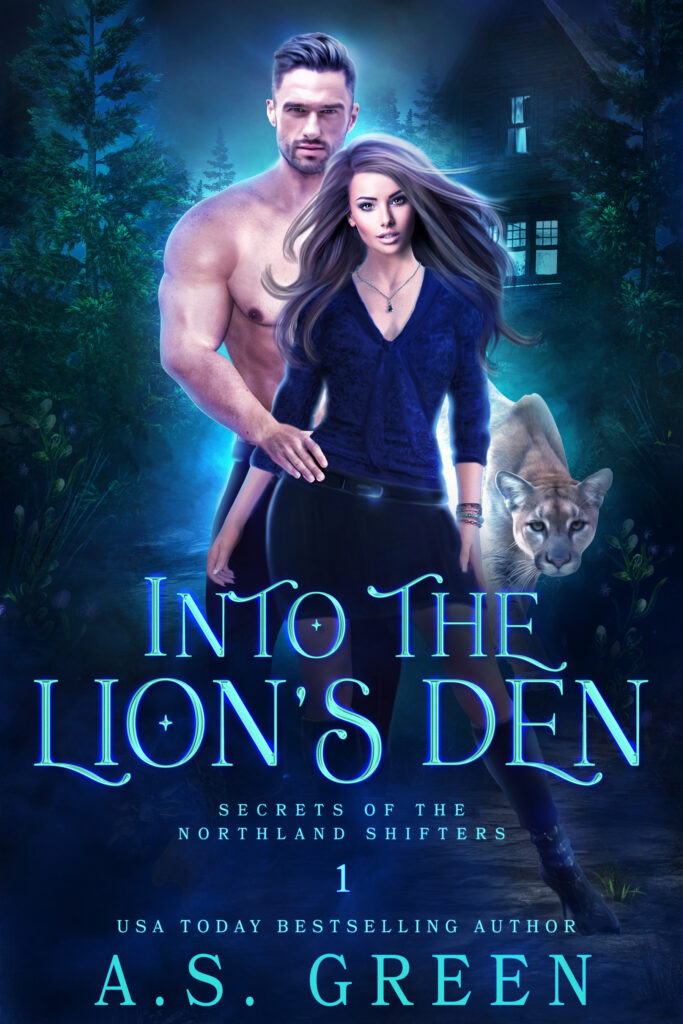 Into the Lion’s Den

It’s not just Shifters who lurk in the shadows.

Mountain lion shifter Reese Fitzpatrick never expected to be running his
father’s business–a luxury resort hidden away in Minnesota’s Northland. But when his father is killed by a hunter’s bullet, it’s up to Reese to keep his father’s legacy alive.

The job would be hard enough without the arrival of Sarah McAvoy, a mysterious woman with secrets of her own.

While she quickly has Reese’s mountain lion purring inside his skin, she’s also such an irritating distraction he wants nothing more than to snarl and bite her.

But Reese has more to worry about than an accidental reveal of his animal nature.

If he and Sarah can’t get past their differences, overcome the slow-burn of their sexual tension, and make the summer a financial success, the Fitzpatrick land could soon be covered in parking lots and strip malls.

Turns out, Reese’s father wasn’t the competent businessman he always believed him to be. And those vulture real estate developers are already hovering. Just waiting for Reese to fall.

That is, if the hunter who killed his father doesn’t return to get him first.

Click here to grab your copy of Into the Lion’s Den today!

Get updates, book boyfriends and more!

Get your free copy of my book, Hell Hound's Seduction!

Connect with me on goodreads!